The Trinity Church building features stained-glass windows that tell the story of the Gospel and commemorate historical figures of the church. The oldest windows are from the late 1800s and have been restored.

The newest window, pictured at the top of the website, was created by Lamb Studios and installed in 2002. The newly commissioned window represents the Last Supper. It was a gift from the Estate of Estelle A. David and given in memory of the David family.

Pictures of other windows are available below. If you have never seen them in person, please consider paying a visit soon.

The Gospel Story in Stained Glass

Four Chancel Windows summarize the life of Christ from the Annunciation through Pentecost. The double lancet windows were created in 15th century Gothic style by the ecclesiastical artist Valentine d’Ogries in 1952-1953.

THE ANNUNCIATION AND THE BIRTH OF JESUS (Given in Loving Memory of Mary Few Dunphy, 1877-1953)

THE PRESENTATION OF JESUS IN THE TEMPLE – THE BOY JESUS TEACHING IN THE TEMPLE (Given in Loving Memory of John William Boos and M. Francis Deter Boos)

THE CRUCIFIXION – THE RESURRECTION (Given in Loving Memory of The Rev. Harold Eugene Schmaus and Eleanor Uhlir Schmaus)

THE ASCENSION – PENTECOST DAY (Given in Loving Memory of James Sylvester Wright, 1849-1949)

There are two Victorian Style windows in the front of the Nave from the 1880s. They are located on either side of the church. The large, triple-paneled window was originally installed over the Altar, and now graces the Chapel of the Blessed Virgin Mary.

The Trinity, the Gospels and the Holy Spirit are represented along with the Paschal Lamb and the Pelican, a symbol of the Sacrifice.

The Nave windows were restored in 2011. Most of the funds were raised at a celebration of the 150th anniversary of the church building’s consecration and the 30th anniversary of The Rev. Robert L. Counselman’s tenure as Rector.

Historical Figures of the Church

Three windows in the rear of the Nave honor religious leaders who laid the foundation for the Episcopal Church and headed the denomination in its early years. ​

Four windows in the center of the Nave were donated by the Arrowsmith family. They were memorials to David, Henry, James and Otto Arrowsmith. and the monograms in the center of each window commemorate them. The windows on the west side of the building overlook an area of the Churchyard where some family members are buried. 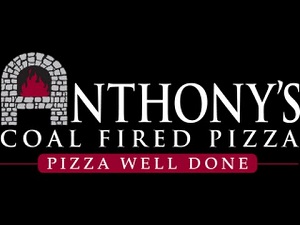 Join us at Anthony's on Parsonage Road Edison from 11 a.m. to 8 p.m. on Wednesday, Oct. 20. Be sure to mention Trinity when you place an order and 20% of the proceeds will be donated to us.

The Church Office is open by appointment only. Please call us and select the office extension to set up an appointment.

Trivialize even the smallest item in God´s Law and you will only have trivialized yourself. But take it seriously, show the way for others, and you will find honor in the kingdom. - Matthew 5:19 The Message